Looking for recipes using Robert Rothschild Farm Pineapple & Habañero Sauce (or one that you made yourself)? This crispy pineapple-habanero chicken wings recipe is super easy and full of crispy deliciousness.

A couple weeks ago we were browsing Costco and saw this pineapple and habanero sauce being featured that sounded different yet delicious. We didn’t actually try it while we were there but I figured it would be great on chicken and pork especially.

I wasn’t quite sure how I wanted to use it yet. Then I remembered I had just pulled some chicken wings out of the freezer.

I love chicken wings and thought the pineapple and habanero sauce would be great to try on them over the BBQ or Buffalo sauce we usually use. 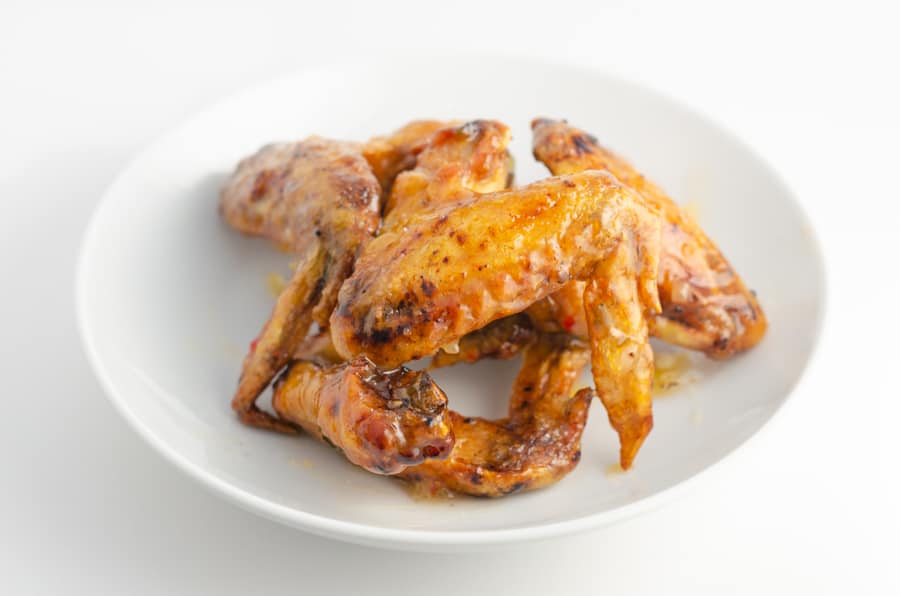 I’ve been trying for a while to make really crispy chicken wings at home as they have gotten so expensive at restaurants.

They’d stay crispy until the sauce hit them where, while they would still taste good, they would soften very quickly. I always just fried them once but finally had the idea to fry them twice like you would for really good french fries.

How To Make Chicken Wings Crispy

Basically, you want to cook the wings at a low temperature so that the fat starts to render but the wings don’t get crispy and brown. I did this by frying at below 250F for about 15 minutes in my Lodge dutch oven that I always fry in.

I then let the wings set at room temperature for about 45 – 60 minutes before frying at a higher temperature to get them really crispy.

Make sure you use an oil that has a high smoke point like canola, vegetable, or peanut oil. You definitely don’t want to use something like olive oil. 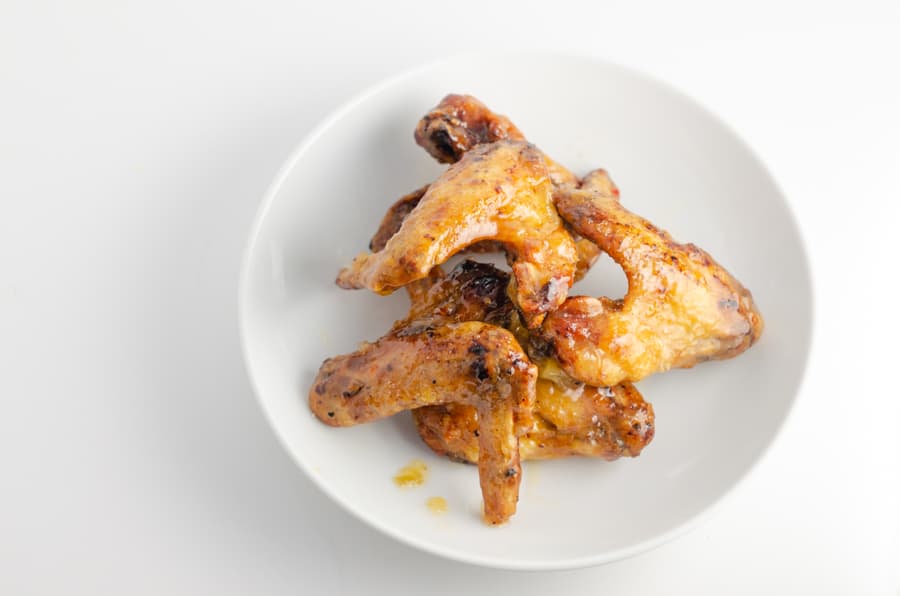 When fried this way, the wings stay really crispy, even when covered in sauce and even an hour later, which I’m all about.

The sauce I made was really simple, too. I just melted some butter and added enough of the pineapple and habanero sauce to create a thinner but sticky consistency.

If you do try the Robert Rothschild Farm Pineapple & Habañero Sauce, it has a nice little kick by itself When mixed with the butter and on the wings I found it to be very mild in spice but a nice flavor that wasn’t sweet or fruit-heavy.

I do also recommend having a spider strainer as it makes getting the wings out of the hot oil and letting the excess oil drain over the pot so easy with the risk of burning yourself. You’ll also want a large bowl so you can toss the wings in the sauce and get them all nicely covered.

I usually use a long set of tongs to make sure each individual wing is covered. I left my wings whole, but if you are less lazy than me and want to divide them and cut off the wing tips, a pair of kitchen shears makes it really easy.